The sites of the Museu de Guissona

At first the museum was installed in the ground floor of the Town Hall with the initial donation of Dr. Eduard Camps, where it remained until 1983. Afterwards, this space was used as youth club. In 2010, the inside of the Town Hall was absolutely rebuilt to be used by various municipal departments.

The building was erected in 1912, when the bishop of Urgell (Joan Benlloch Vivó, 1907-1919) sold a part of the Episcopal Palace to the village of Guissona for its use as Town Hall and public schools. Its architectonical style is situated between Modernisme and Noucentisme and its shape is characteristic of the public buildings at the end of the nineteenth century and the first years of the twentieth century. Its lines simple and sober give the solemnity and greatness proposed by the Noucentisme architecture, including the vegetal inspiration ornamentation at the top of the building.

The building was sold for 50 pesetas which the bishop, after receiving them from the mayor, gave to the Town Council to be distributed amongst the poor people in the village. He was named Guissona Honorary Citizen (an important distinction) and the square in front of the building was dedicated to him.

The second museum was housed in the chapel of the old Charity Hospital, which at the end of the eighteenth century had been moved to the Plaça del Vell Pla. In the course of the nineteenth century the building suffered several changes inside, since it was used as Town City, school and Guardia Civil quarters, and nowadays the Public Library is located there.

Now the Museu de Guissona Eduard Camps is located in the ground floor of a building called La Fassina, at the same level that the Parc Arqueològic of the Roman site of Iesso. There is housed the permanent exhibition of the museum and the management and investigation departments. The rest of the building is used for other local activities.

La Fassina owes its name to the fact that once, and during many years, it was an alcohol distillery for liquor production. When it ceased its activity, the building was used for different purposes, such as a secondary school. In the cellar there are still the winepresses that were used for the making of the final product. 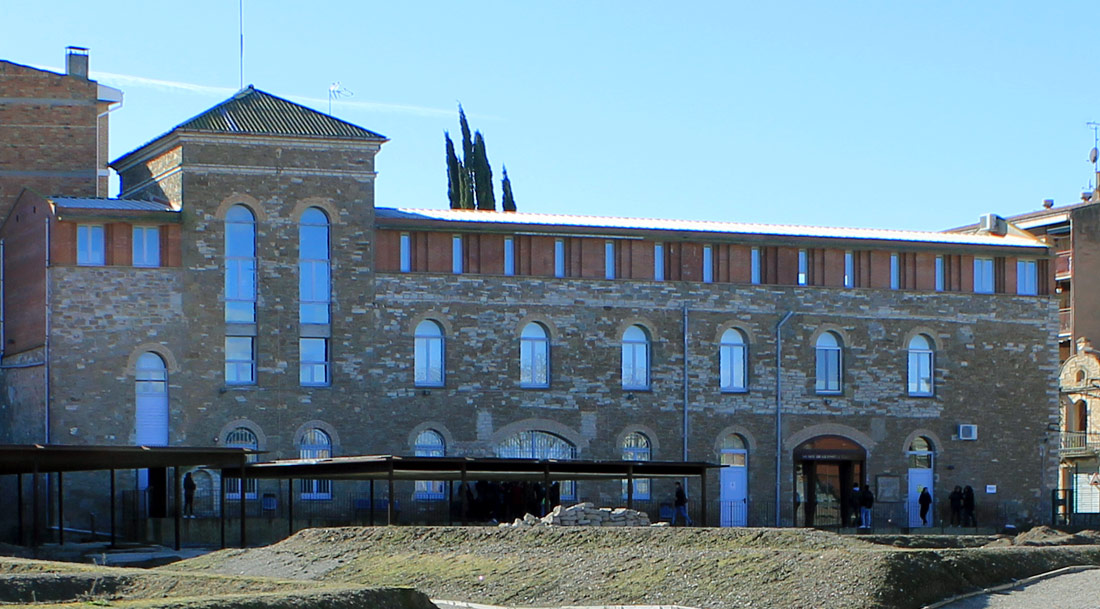