Puig castellar is a Roman fortress of the early period of the Roman conquest in inland region of Lleida (from the Hispania conquest).It used to be an important military settlement with an evident strategic function to control the Llobregós river valley. Through this valley there was an old path.  This path was used by the romans to move their troops from the coast to the war fronts of the Peninsula centre (like the Numancia front).

The excavation works made by the University Autonoma of Barcelona have discovered remains of a military fortress. The extension of the site considering the perimeter wall width is 1, 15 hectares, it is surrounded by a wall with defence towers which follows and defends the hill where the fortress is located. Its layout shows a series of rooms such as warehouses and workshops linked to the troops and facilities. There can also be seen remains of a solid construction on the top of the hill known as the main centre of a military command site.

This site was built with large blocks of stone and consists of a cistern cut into the natural rock, stone walls, wall paintings, decorative mouldings and terrazzo flooring of different colours. This architectural site is one of the oldest reflects of the sumptuary roman architecture found in Hispania within the military context. The pottery found in the archaeological site offers us a chronological horizon between 180 and 120 B.C.

The fortress of Puig Castellar of Biosca lasted no longer than 60 years. So it had a short life. The site was later abandoned whereas the Roman city of Iesso( Guissona) was being founded around 120 B.C. Before leaving the castellum (castle), the military troops destroyed all the facilities of the settlement which did not contribute to preserve the site in good condition.

The heritage value of Puig Castellar is very significant as it is considered as one of the oldest and unique examples of roman military architecture of the Iberian Peninsula. It was the first castle known in La Segarra. 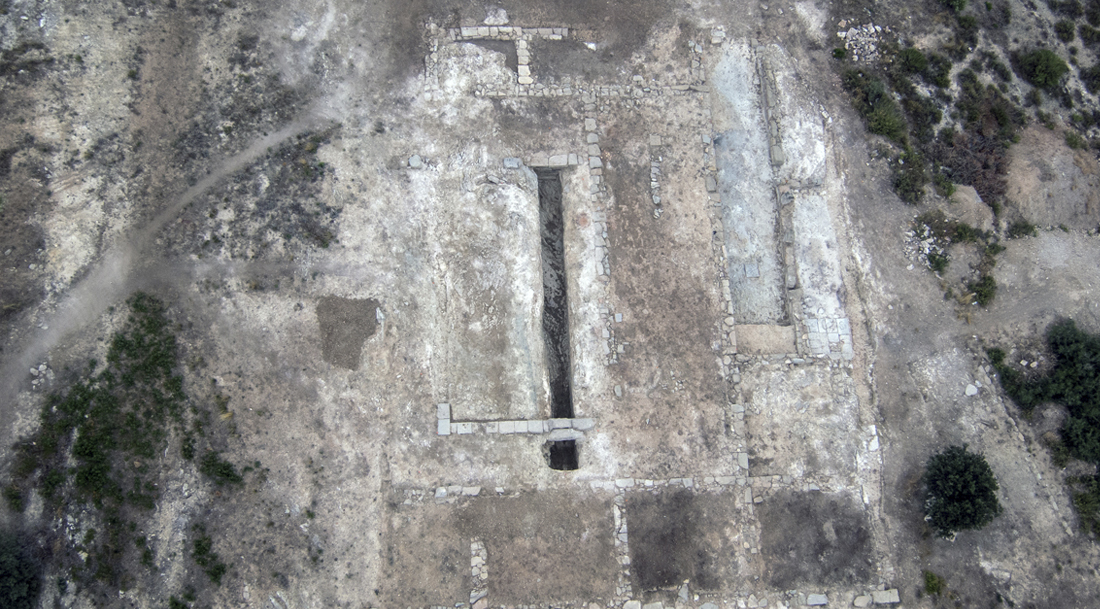